How To Bet On Horse Racing Like An Expert

Betting on horse racing is one of the most common ways for gamblers to wager their money. However, there is so much more to placing a bet on the racing than merely putting money on one of the horses because you like its name. Instead, the very best gamblers go into great depth with their research to ensure that they cover every base before wagering on a horse in a race.

There are many factors that must be understood by potential gamblers before a wager is placed, which includes understanding the odds and what the preferred horse in the race would boast over its rivals.

Understanding how to read the information that experts need isn’t the most confusing, but it can be quiet time consuming, which is typically what lets a lot of gamblers down. Here are some of the main factors that punters must consider before wagering their money on horse racing.

Before Placing A Bet

Punters should also be aware of whether the race is a Group/Graded event, with the experience of horses within this class being one of the crucial aspects that will see them stand out from the crowd. The final thing that gamblers should look at is the ‘Going’.

After studying all about the race, then bettors can look at the horses that are involved. When studying the form, it is most important to look at the horses most recent performances. If there is one that stands out because they have won their last four, then you must delve deeper to find out whether these races have been won over the same distance.

The weight of the horse should also be studied, as this would have a huge bearing on the runners’ chances should there be a heavy downfall of rain and the race is being run over soft ground. Heavier horses would clearly have a disadvantage when it is softer ground.

Also, when looking at form, punters should see whether any horses in the race have won Group/Graded races, as these would have an immediate chance of success after winning more lucrative races in the past.

Punters should also be aware of the form of trainers and jockeys. Should a trainer have a high win percentage over the past couple of weeks, then their horses would demand respect immediately. Meanwhile, jockeys will also be very similar.

Gamblers should also see past races to see whether there have been trends in the past. For instance, John Gosden and Frankie Dettori winning two of the previous Epsom Oaks would mean that their ride in The Oaks would demand immediate interest for punters.

Betting on horse racing doesn’t have to be confusing, but there is a great deal of work that needs to be put in by the gambler before they make their wager. Doing this research will ensure that punters have the best possible chance of gaining returns.

To know more about it, you can start by taking a look at the Kentucky Derby odds and analyzing the form of the competitors. That will give you some leverage.

How to Download and Install 1xbet App for iOS and Android

If you're a betting fanatic, I'm pretty sure you've heard of 1xbet. This is one…

Blackjack is played in casinos all over the world, including online casinos. For the most… 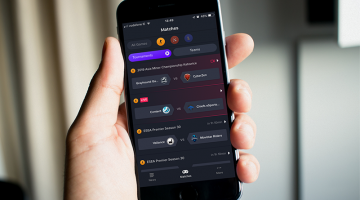 Five of the best casino apps and mobile sites in Asia

Asia is a rapidly growing market for the online casino industry. While many countries have…

The Best Betting Apps – What Do You Need To Look Out For?

Bola88 mobile – The sportsbook launched an application for android device

So now online gambling games have been widely played, especially, in the application version. That…

You must login in order to comment or rate a review.